after taking yesterday off, i am going back into the studio to do some more work. i got about 25 tiny paintings done for Happiness' Cactus Show this weekend and now i am going to work on some jewelry for Parts & Labour and Moxie and the Compound. Lizelle at P&L has been harrassing me and it's high time i get them something.

then, i'll paint again all next week. i'm prepping for installing lots of paintings at Kerby Lane Cafe in late August and my Online Gallery Sale on Aug. 3rd.

i'm also working on a collaboration with Vintage Trialer Supply for some promo. that's exciting and i appreciate Steve getting in touch with me!

Birds of a Feather 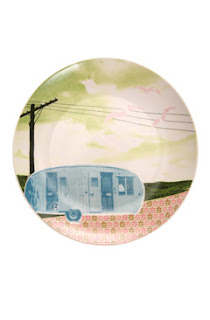 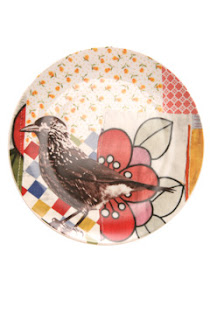 AAAACCCCCKKKK!! i HEART this trailer plate available here. don't be surprised if you see something inspired by it!
Posted by stephanie at 1:50 PM 2 comments: 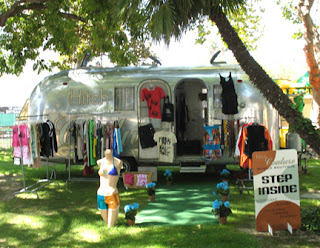 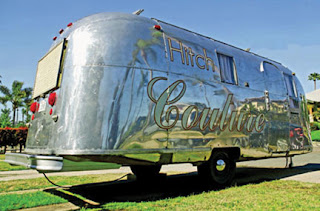 Hitch Couture
Posted by stephanie at 11:20 AM 2 comments: 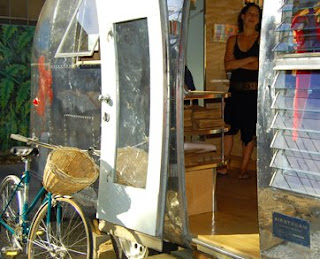 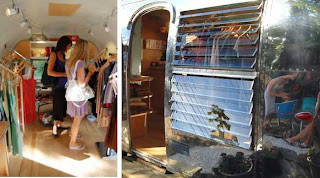 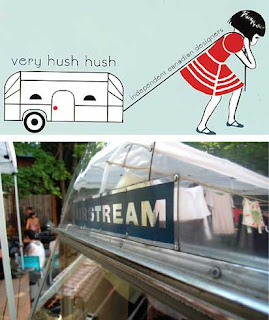 Oh how cute! An airstream for a little shop. And such a cute name, "Very hush hush"! Fiona Richards sent in these pictures of her good friends, Tracy Fillion and Cathy Terepocki's gorgeous little store located in a 1964 airstream trailer. Fabulously retro-fitted to display their great collection of Canadian, indie-designed clothes, jewelry and home goods! Located and open all summer and into fall in Herridge Lane, Nelson B.C., Canada! (and if you can't make it to this beautiful part of the world, they both have online shops - thank goodness!):

Cathy's site and Tracy's shop."
Posted by stephanie at 11:09 AM No comments: 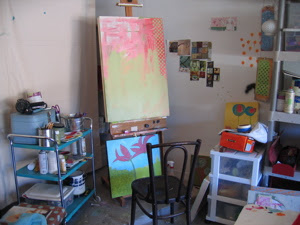 I'm back from Houston, in fact I came home 2 days earlier than expected. I am currently on lockdown in the studio preparing a ton of tiny paintings for the Cactus Show coming up this weekend at Happiness.
Posted by stephanie at 11:02 AM No comments:

i just got finished going thru 5 rubbermaid tubs and one trunk full of memorabilia....you know, that stuff you never think you'll see again that collects dust in your parent's attic? field day ribbons, yearbooks, class pictures, fridge art, greeting cards from 1977. it was about time i did it, and oddly enough most of it was my sister's, which she will inherit this weekend when i make the trek to Houston. i wonder where my yearbooks are??

i have been busying myself with non-art stuff. My sister is 8 months pregnant and i have yet to see her since she moved home from her and her husbands 1.5 yr stay in Scotland, but this weekend i get to spoil her and rub her belly (against her will) as my mother and i are hosting a bebe shower. i've been making these pom poms to use as a garland. i also went to my friend Sibby's, from Juniper Hills Farm, so she could help me make some lavender scones for the shower. let me tell you , they are YUMMY.

i'm going to bed now. i'll see you later.
Posted by stephanie at 8:57 PM No comments: 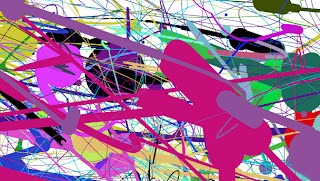 Posted by stephanie at 6:41 AM No comments:

We had the best dinner last night with our Crap Shoot Critics club (a group of us who each pics a new restaurant to venture too). I highly recommend the Gold Band Creole and the pistolette rolls are to die for.
Posted by stephanie at 11:13 AM 1 comment: 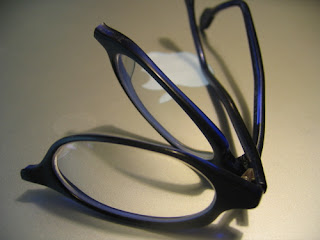 we're back from our trip out West. we had a blast! it was extremely chillax and fun and NOT HOT! fantastic. on our way back, i accidentally stepped on my glasses and broke them clean in half. i was okay, because i had backups at home; only to find those were broken as well (i knew this...but had forgotten)...so i had to go to the cheapy glasses place and get some new ones. they aren't bad from being chosen off the "super savings" wall.

i've been experiencing some extreme right hand pain from overuse (mainly on the darn computer laptop mouse). i finally broke down and got some acupuncture yesterday. it helped, and i will be going 2-3x next week to help more. they even gave me some Chinese herbs to take (mortar and pestaled especially for moi).
Posted by stephanie at 7:56 AM 1 comment:

i am getting ready and packed to mosey on over to Marfa, TX tomorrow for a L O N G weekend (thru next Wednesday). i am in a show at a new gallery, Tillie Arts of Marfa. i am way excited to check it all out. am staying here and here on friday and saturday nites, then heading to Chinati Hot Springs to soak in some lithium water, see the Marfa Lights, car camp in the Davis Mountains, swim in Balmorhea Springs, and go to the McDonald Observatory. 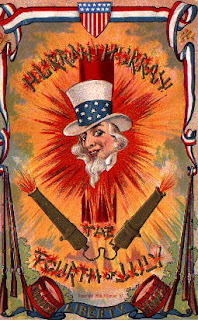 Have a good holiday and check out some of these vintage postcards! Somewhat creepy and somewhat cool.
Posted by stephanie at 7:07 AM No comments:

website is updated!
Posted by stephanie at 8:26 AM No comments: 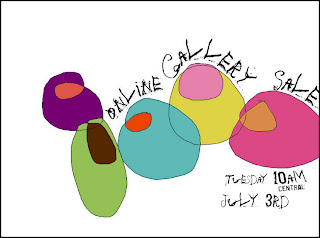 Reminder for the online gallery sale tomorrow morning!!!! flowers abound!
Posted by stephanie at 11:59 AM No comments:

Thanks to fellow blogger Twenty Two Things for the holla!! 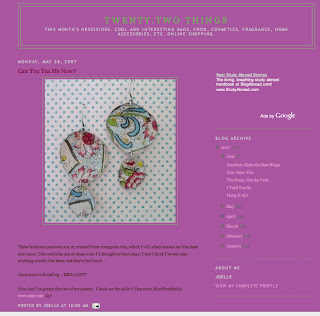 Posted by stephanie at 11:54 AM No comments: 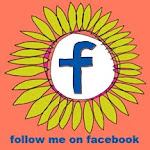 What day is it?

Unless otherwise noted, all images are copyright of Stephanie A. Nance
please only use with permission